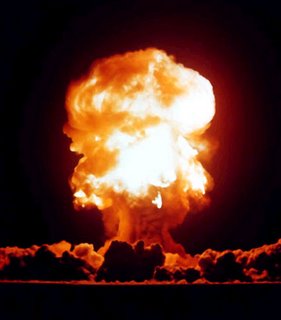 Yes. I was not able to re-sign contracts with my complex. Why? Well, because the managers decided that many of us were too much trouble to let us re-sign. Their complaints range from, "You have been rude to us." to "You are a difficult roommate." or even "You slammed the door on us once." Yeah, they seem like petty reasons to me too. I am one who can't re-sign because I've had late rents. Now the good thing is a *few* of the people who received notes were able to convince Monticello to give them another chance. One of my roommates and one of my friends are some of them. However, I was not that lucky. Now the aggravating thing is that they gave us these notes five days before contract signing. How are people supposed to make housing plans in five days!?

I am very sad to have to move from this house. I have been here six years this spring. It's big and roomie and I have excellent roommates. I am going to miss it a lot. I am going to try to stay in the ward and move into a house across the street. It's a little smaller, but it's furnished well. I will do alright.

And for all the negative things... at least I won't have to deal with bass ackwards management anymore. You know, this isn't the first time they striked. Ever since they became managers they've been trying to break the status quo and homogenize their tenants. I'd love to list all the new rules and problems they've created. It makes me roll my eyes uncontrollably. My roommates are afraid of management now. They're afraid of holes in the wall, failing cleaning checks, getting late rent fees and all manner of things for fear that Monticello management will write it down in their little black book and next year trot it out and tell them that they cannot re-sign. Yeah, they cited things that happened over a year ago in order to not allow people to re-sign. Ugh.

There are many problems with our managers. I think their largest problem is the that they want zero confrontation with their tenants. I don't like seeing us, talking to us, writing to us, calling us, nothing. They want to pretend we don't exist. They complain and react if anything to the contrary happens. Let me first say, you HAVE to communicate with your tenants in order to be a manager! Second, if you don't want to see us or communicate with us, then MOVE away. Don't live on the same property as us, don't live next to us. We dislike you as much as you dislike us. Sadly for all of us... Sam still has TWO more years of school. So it's highly unlikely that any of us will outlast him. Bob have mercy on your souls Monticello tenants.
Posted by BigRedHammer at 1:32 AM

One of the big things the managers don't seem to understand is that we are not just living on the property that they manage, these apartments are our HOMES. That is why we 'fight' so to speak, yes if you don't like something you can move--that is why I moved off campus--but to give up your home? That is something different. We have rights even if we are just renters or temporary residents. We shouldn't have to move out of our homes as the only solution to an untenable situation.

Check out item number 21 on my list of things to do in the right column of my blog. Mwahahahah.

Nothing like a pleasant cup of mint tea to convert totalitarians...

Yes, indeed. I shall have mercy on the souls of the Monticello tenants. (Bob have mercy?!)
I was a little confused when I first started reading. You said Monticello wouldn't let you resign. But that's exactly what they made you do. Then I realized you meant "re-sign". :)

lol. Well Bob, I fixed my spelling mistake. That's the perfectionist in me. And the reference to you at the bottom of my blog... it's an old inside joke (that only I know). It goes back to the song, "What If God Were One of Us" from the 90s. I loved the song, but I couldn't bring myself to use God's name in vain. So I would replace the word with Bob. I've been doing it off and on ever since. So you didn't know it, but 'cleanliness is next to bob-liness.' LOL

'Cleanliness is next to Bob-liness," eh? I believe a few of my roommates would beg to differ... :)

Have you found anything out about Boardwalk?