In the Paper Again

I just found the Salt Lake Tribune article with my quote in it. You can find the whole article here.

Guymon said he would like to see reform, he's just not sure how much.

"I'm unemployed and there's no way I can afford health insurance," he said. "But I don't know if I want government to take it over. There has to be a happy medium where everyone has access to affordable care."

Posted by BigRedHammer at 2:19 AM 2 comments:

A Lesson Learned From Being LDS 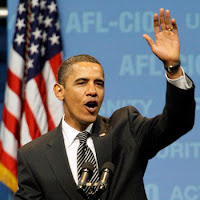 Today I read an article about another Presidential controversy. I use the term very lightly too. I don't think this should have even been reported. In a nutshell, President Obama was chatting back and forth with a CNBC interviewer. Kanye West's escapades were brought up and the President said that Kanye is a "jackass". ABC employees overheard the conversation and twittered it, sending it out to the world.

Fine. I think most people would agree with President Obama's opinion.

What bothers me is that people take the opinion seriously. People (maybe just the Media) are aghast that the President would say something like that. Come on!

Being LDS, we learn early on (though it is not always understood) that the Prophet and President of the Church is able to speak as a man, or as a Prophet. Not everything that comes from his mouth is doctrine. If he roots for the Utah Jazz it doesn't mean that it's a sin to hope they lose. If the Prophet enjoys florentine lasagna we shouldn't throw away all of our italian sausage lasagna.

Equally so, the President of the United States may like soccer, hate chocolate ice cream, and think Kanye West is a "jackass". It doesn't matter. He isn't signing a presidential decree. Do people (or the Media) believe he isn't able to share personal opinions? Or maybe it's just grasping at anything "news worthy".
Posted by BigRedHammer at 12:16 AM 2 comments: 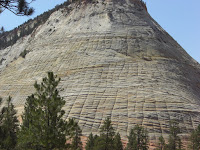 Aaron, Dave and I got back from Zion National Park yesterday afternoon. We had a great time! We stayed at my traditional campsite. My friends and I nicknamed it Hippieville years ago. This was Aaron's first visit to Zion and he thoroughly enjoyed it! We hiked Angel's Landing, the River Walk (2x), and all three of the Emerald Pools. We saw a lot of wildlife. I think they came out because it rained some. The rain was very refreshing. I learned a lot more about the park and its features than on previous visits.

I'm sharing some of the pics here. You can see the rest on my facebook page. 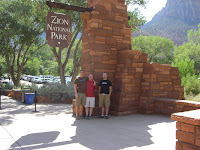 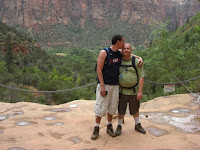 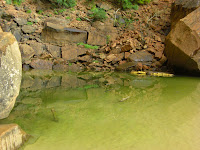 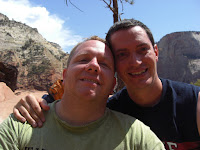 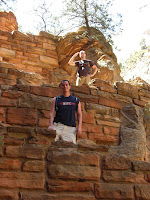 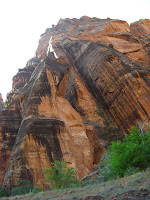 Posted by BigRedHammer at 11:55 AM No comments: 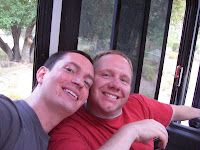 Posted by BigRedHammer at 11:27 AM No comments: