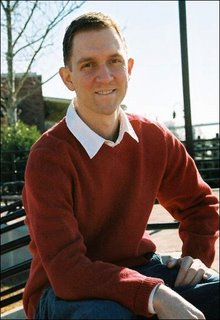 Ryan Brew, 28, of Leland, slipped peacefully from this life on Saturday July 1, 2006, after a courageous four and a half year battle with leukemia. He was surrounded by his family in their Leland home. A true All-American, Ryan was an Eagle Scout, the catcher and MVP of his State Championship High School Baseball team, served a 2 year mission for the Church of Jesus Christ of Latter-Day Saints in Romania, Bucharest Mission, and graduated from NC State University with a BA in Chemistry and a double minor in Biology and French. Ryan is survived by parents, Reggie and Pam, of the home; brother, David and wife Amber, of Winston-Salem; sisters, Lindsey, of Raleigh, Staci, and Taelor, also of the home. A visitation will be held on Tuesday, July 4, at the Coble Ward-Smith Funeral Home on Oleander Dr. from 6 P.M. until 8 P.M. The funeral will be on Wednesday at the Church of Jesus Christ of Latter-day Saints in Leland at 1 P.M., followed by interment. Bishop Trip Child will conduct services with Elder Robert Orton presiding. Pallbearers will be Reggie Brew, David Brew, Danny Brew, Ronnie Lynch, Lacey Nelson, and Ben Barker. Honorary pallbearers will be Arthur Conkle, John Child, Brad Walker, Hollan Pickard, Tony Eason, Rick Finlayson, Kelly Barnum, Mike Jenkins, Randy Fennell, and David Baldree. Ryan could say, “I have fought a good fight, I have finished my course, I have kept the faith.” (2 Timothy 4:7) Tributes and condolences may be offered to the family at www.mem.com. Coble Ward-Smith Funeral and Cremation Services, Oleander Chapel, 791-4444.

Ryan Earl Brew started walking when he was 8 months old.

Reggie Brew said this was the first example of how his son was an early achiever.

Because of his determination, attitude and talent, Brew accomplished a great deal in his 28 years, friends and family say.

Brew, of Leland, died July 1. He was diagnosed with leukemia 4 1/2 years ago.

His life was celebrated July 5 during a funeral service at the Church of Jesus Christ of Latter-day Saints in Leland.

His "immediate appeal was his maturity beyond his years," said Randy Fennell, who met Brew when he was a coach at Leland Middle School.

Brew "was focused and seemed to know exactly where he was headed … even as a seventhgrader," he added.

Fennell attributed some of his success to the moral influence of his parents, Reggie and Pam Brew, and his strong family ties. Other survivors include four siblings: David Brew, of Winston-Salem, Lindsey Brew, of Raleigh, and Staci Brew and Taelor Brew, both of Leland.

Fennell also coached Brew when he was a member of the football and baseball teams at North Brunswick High School.

As the new freshman quarterback, Brew was a "vocal leader," Fennell noted.

"You usually expect (freshman quarterbacks) to be a little timid and passive," he said. "But he had control of the huddle."

He played quarterback all four years in high school.

The North Brunswick High School baseball team won the state championship in 1996. As catcher, Brew was named MVP of the tournament.

A year earlier, he became an Eagle Scout. He joined the Boy Scouts at 11 and always enjoyed hunting and fishing.

Even after he became sick, he continued to enjoy the outdoors when he could, Reggie Brew said.

After attending the University of North Carolina at Wilmington for a semester, Brew went on a church mission trip to Romania. He stayed in the country for about two years and became fluent in the language, Reggie Brew said.

Brew also was fluent in French. When he returned to the United States, he studied at North Carolina State University.

He received a bachelor's degree in chemistry with a double minor in biology and French in 2004.

Reggie Brew said his son planned on "a career in medicine."

Brew continued to take classes even after he was sick.

"He wasn't going to do anything halfway," Fennell said.

His father noted he continued to be positive and always worried more about other people. Several friends visited Brew the weekend before he died, his father added.

"I think we live in a selfish society ... and Ryan never bought into that. He uplifted me in so many ways," Fennell noted.


I can't really say anything right now. But I'll add my feelings later.
Posted by BigRedHammer at 6:05 PM