The Lion, the Witch, and the Wardrobe

Saturday, I saw The Lion, the Witch, and the Wardrobe. Let me tell you, it was w 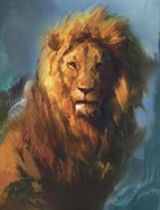 onderful. As a child or preteen I had read the books after seeing the BBC series based on the books. I really was captured by the magical world and the religious influence in the books. I figured out that Aslan represented the Savior and I thought I was the only one who I had guessed. lol.

The wonderful thing about the movie, was that it stayed true to the magic of the books. The religious nature was subtle. The story was strong and the characters were interesting and you could relate to them. I think it was a beautiful adaptation. I hope that this movie will do very well in the box offices so that we can be sure the other movies will be made. I read in some article that Narnia has the second place record for ticket sales on a December weekend. *eyeroll* I don't know what that even means. Narnia has number one spot for a movie released during a new moon and peanut sales are up. Anyway, it is an excellent movie and it is definitely worth seeing many times.

**Stop reading if you haven't seen the movie**

The thing I would have changed in the movie:

Aslan is a wild lion. Yes, he is gentle and good. But there needs to be a little bit of fear when you're interacting with him. When you are bad, you could expect a scolding on one side and being eaten on the other. Aslan is just and you will only get what you deserve, but he is not a tame lion. If you haven't read the books, it's very hard to explain. In the movie, he seemed only tame. You never feared him in the least.

The White Witch was equally impressive. Her single-minded determination shown from the screen. Once she set her eyes on some goal, she worked towards it and removed everything in her path. This fits perfectly with what we know about the Queen from the other books in the Chronicles. She inspired fear because of her ability to accomplish whatever she wanted.
Posted by BigRedHammer at 2:08 AM