The super and not so super hero movies 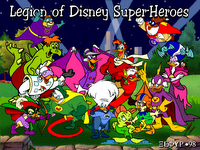 I took this list from MSN. It has some movies that I've never heard of and now I want to see them. First, the best:

10. The Rocketeer - I thought this movie was actually boring. Women seem to like it though.

8. Hellboy - Chris G. loves this movie. I think it didn't quite peg its potential.

7. Inframan - Never even heard of it, but the synopsis makes it sound worth seeing.

6. Darkman - No clue.
5. Superman II - When did this movie come out? I probably saw it then and that was the last time.

4. The Incredibles - A+ all around. It's witty, stylish, fun, and endearing.
3. Spider-Man - Great movie! Didn't you just want to hit him when he said no to Mary-Jane!?

2. Batman Returns - This movie gave the Batman series new life. And by a new life, I mean reality. No more comic disasters!

1. X-Men - This movie was perfect. I didn't think it could be improved upon, but X2 actually was better. It is very rare that a sequel is better than its predecessor.

5. Hulk - The characters never developed, we never cared about them.

4. Fantastic Four - Juvenile at best. The characters were two-dimensional.

3. Catwoman - I'd like to see this movie just to see how bad it really is.

2. Dare Devil - Coincidentally, I saw this movie tonight for the first time. It felt like it was only a quarter of a movie.

Now there are some of these I haven't seen, so I can't know how accurate these lists are. But there are some honorable mentions I'd like to add: Ultraviolet, X3, Flash Gordon, and Supergirl. I'll let you guess which ones go in which list. ;)
Posted by BigRedHammer at 1:40 AM

I love your top 2, both really great movies.

Have you seen the 3rd X-Men? What did you think of it?

Hm, I would say Batman Begins belongs at number one on that list...